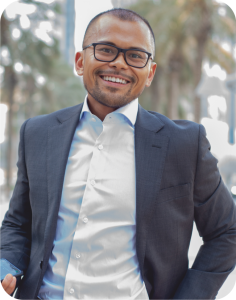 Richie mainly specializes in economic development and diversification within the management consulting realm, specifically around internationalization (international trade and foreign direct investment (FDI)), as well as international business, international education, and capability development.  Having lived in seven countries with over 15 years professional experience, he spent almost 5 years until 2018 with PA Consulting based in London, having a portfolio of high-level government (UK, Canadian, Mayor of London) and multinational corporate clients in Europe, North America and the Middle East. Richie has worked in others industries, such as higher education, manufacturing, transportation, NGOs and retail. Richie has worked with a wide range of sectors in the context of economic development and internationalization, but, in particular he developed a skill set and sub-passion for the agriculture/food, tech, tourism and creative industries sectors (particularly film & television).  He now uses Dubai as base but operates globally. He has various roles.  He is Head of Strategy for Rise Group ME, overseeing key client project strategies and works with the partners on internal company growth. Richie is a regular commentator and contributor in economic development with a few hundred contributions/interviews/opinion eds/productions in the media (examples include Forbes.com, Entrepreneur, NBC News and various leading niche and national outlets like The National (UAE)).  With fintech Richie is the Head of Middle East and Africa for The Fintech Times, the world’s oldest media outlet dedicated to fintech based in London. Originally from the USA, Richie speaks Spanish and various levels of fluency with French, Portuguese and Arabic. He has a Masters Degree from SOAS: University of London in Globalization & Multinational Corporations and an Advanced Certification of International Trade from the Institute of Export and International Trade UK. www.thefintechtimes.com www.richiesantosdiaz.com